1300 people with Down syndrome have signed an open letter to the Prime Minister calling on the Government to not introduce abortion up-to-birth for Down syndrome.

The large number of families signing the letter comes ahead of committee stage of the Abortion Legislation Bill, which is expected to take place today, and as parents with children with Down syndrome from around the country have launched a major campaign calling on MPs to vote NO to introducing abortion up-to-birth for babies with Down syndrome.

The Downright Discrimination NZ campaign involves families mobilising local communities around the country to urgently contact their MPs asking them to oppose the Abortion Legislation Bill at committee stage, while making it clear that this will be a major factor in their decision on who to vote for in the upcoming general election.

A detailed outline of the proposed law change and how it will introduce abortion for Down syndrome to birth is available on the Downright Discrimination website.

The group are encouraging all members of the public to visit www.downright.org.nz where a tool has been launched which will allow them to email their MPs about this urgent issue.

WHY PARENTS ARE TAKING ACTION NOW

Many families have raised concerns in submissions to the Abortion Select Committee, that the Abortion Legislation Bill would remove the current 20-week time limit for disability-selective abortion and allow for abortion up-to-birth for babies with Down syndrome. They called for changes to be made to the Bill to ensure that this discriminatory change to the law is not introduced. However, their concerns have been totally ignored by the Committee.

In fact, the Abortion Legislation Committee made it clear in their final report (page 28) that they opted to keep this post-20-weeks provision in place, in the Bill, as they had been told by abortion providers that the majority of abortions that would happen between 20-weeks and birth would be for ‘fetal anomalies’ ie babies with disabilities such as Down syndrome.

There was no attempt from the Committee to hide their intention to retain this proposed clause in the Abortion Legislation Bill so that it could be used for disability-selective abortions – they stated it bluntly in their report.

1300 people with Down syndrome and their families have signed a letter calling on the Prime Minister to ensure that the Bill does not remove the current 20-week time limit for disability-selective abortion and allow for abortion up to birth for babies with Down syndrome. Again, the Government has made no attempt to change the proposed Bill.

New Zealand is now left with a Bill, following second reading, which will have a very large negative impact on the already small community of people with Down syndrome in NZ.

The families have, therefore, launched the campaign to ask MPs to do the right thing for the community of people with Down syndrome and vote against the Abortion Legislation Bill at committee stage this week.

Helen Morton-Jones, mum to Gabriel who has Down syndrome said:

“Already the majority of babies in New Zealand diagnosed with Down syndrome are screened out by termination.

Removing the 20-week time limit for babies with disabilities and introducing abortion up to birth for Down syndrome would have a very large impact on the already small community of people with Down syndrome in NZ.

To introduce this change to the law would be downright discrimination.

MPs who care about disability equality cannot in good conscience support this bill.

We are therefore asking MPs to do the right thing for people with Down syndrome and vote against this discriminatory change in the law.”

Pip Smyth, mum to Oscar who has Down syndrome said:

“Oscar is one of 4 boys. Along with his other brothers, he brings much joy and love to his family and is living life to the full. His life is no less worthy and is just as beautiful as those of his brothers. We wouldn’t be without him.

Our community has repeatedly called on the Government to change the law to ensure it doesn’t introduce abortion up-to-birth. At every stage of the process, our concerns have been ignored.

The Abortion Legislation Committee actually made it clear in their final report that they opted to keep this new post-20-weeks provision in place in the Bill so that it could be used for disability-selective abortions.

We have now had to mobilise to call on MPs to reject the bill.

If you want to stand against disability discrimination, please email your MP today asking to vote NO.”

Bridget Snedden, mother to Alex who has Down syndrome, said:

“Having Down syndrome does not define our son, his values and the principles he lives by each day is what defines him. His contribution and service to the community is invaluable and appreciated and should not be diminished.

Having a vision for a good and ordinary life in the community is what every New Zealander aspires to, this is no different for our son.”

Greg O’Connor MP, who voted for the Bill at first reading, but decided to vote against it at second reading because of concerns around disability-selective abortion post 20-weeks, said in his second reading speech:

“I’m the father of an intellectually handicapped son who’s now 27 years old, and what this post – 20 week legislation will mean is that for parents who do find out that they have a child who may not be “normal”, who may be a child who isn’t what you had hoped the child would be, all of a sudden a whole new set of pressures are going to go on as a result of this legislation.”

DON’T INTRODUCE ABORTION UP TO BIRTH FOR DOWN SYNDROME 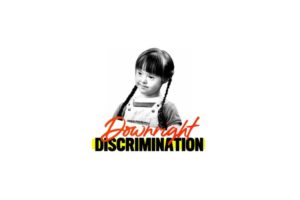